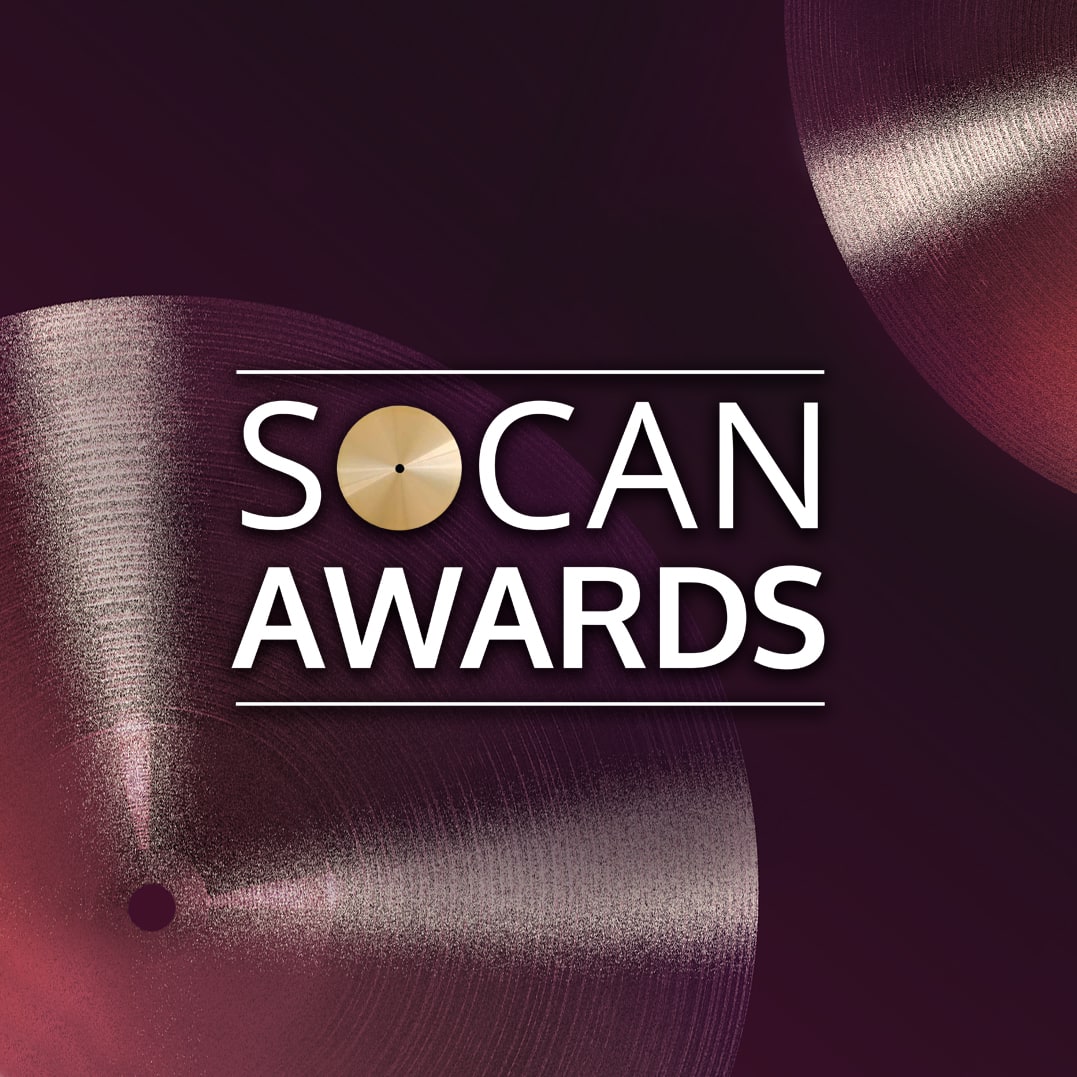 Montréal, October 5, 2021 – Nearly 100 SOCAN Awards in 22 categories will be presented to the incredible work of Québec’s songwriters, composers, and music publishers in 2020 at the 32nd annual SOCAN Gala.

Special presentations to winners will be published throughout the week on social media and on a dedicated at GalaSOCAN.com. Follow @socanmusique on Facebook, Instagram and Twitter (#GALASOCAN) to join in the week-long celebration of winners whose work reflects an extraordinary year.

“The year 2020 showed all of us just how valuable and powerful music can be,” said Jennifer Brown, SOCAN CEO. “The past 18 months reminded us of the deep connection we have with music and the huge role it plays in our mental and emotional health. We all owe a debt of gratitude to SOCAN member songwriters and composers for their extraordinary talent. Our members are at the heart of SOCAN’s mission: we succeed when they succeed, and we are proud to pay homage to their amazing accomplishments with the 2021 SOCAN Gala.”

The Francophone Popular Song Awards are given to the creators and publishers of the 10 most played songs in 2020:

The complete list of winners and further details can be found at 2021 Gala SOCAN.

SOCAN Achievement Award winners are determined collaboratively between the SOCAN Board of Directors’ Membership Committee and the leaders of SOCAN’s Membership department. General SOCAN Awards are determined strictly by royalties success in their musical genres.

SOCAN Achievement award winners receive “The SOCAN” – the world’s first and only industry trophy that is also a musical instrument. The five crotales that make up the trophy are made by SABIAN, the world-renowned, New Brunswick-based manufacturer of percussion instruments.

The annual SOCAN Awards, which celebrates and honours the work of SOCAN’s Anglophone members, was held in a similar online event in May of this year.

Music fans can support creators and publishers by making a donation to the SOCAN Gala’s charitable partners, the Unison Benevolent Fund and the SOCAN Foundation, both of which support music industry workers and music creators in their personal lives and careers.

About SOCAN
SOCAN is a rights management organization that links more than four million creators and publishers of music and visual artists around the world with more than a quarter of a million businesses and individuals in Canada alone. More than 175,000 songwriters, composers, music publishers and visual artists are its direct members, and more than 100,000 organizations are Licensed To Play music across Canada. With a concerted use of progressive technology and unique data as well as a commitment to lead the global transformation of rights management, SOCAN is dedicated to upholding the fundamental truths that music and visual arts have value and creators and publishers deserve fair compensation for their work. To find out more: www.socan.com